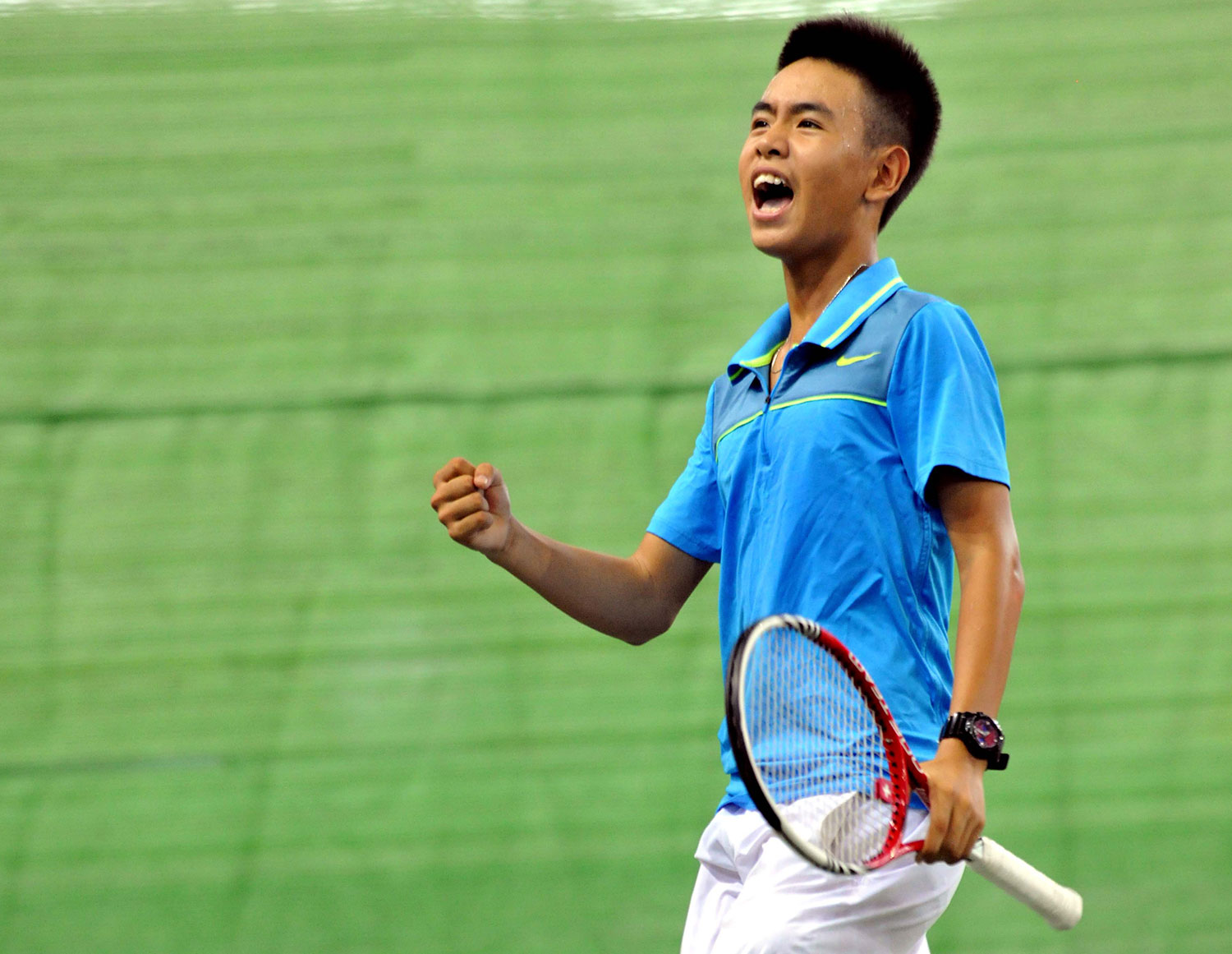 Apart from its many cultural sights, Saigon has a lively scene of sports bars and active sports clubs which sport lovers can visit and join. Whether you love meeting up with your friends to sip some beers and watch a game or want to get out on the field yourself, this city has got you covered. We’ve put together a list of the best places to watch and play sports in Saigon for you.

Where to Watch Sports in Saigon: Pubs and Bars

Thanks to both its large expat community and the love people of Saigon have for sports, Saigon is home to plenty of sports bars. Some will show a wide variety of disciplines, others are more specialized. Have a look at the list below to find the perfect place to watch the next game, championship, or title fight.

For a local experience, head to Guru Sports Bar. This place is popular with the Vietnamese crowd and will show all major soccer matches live on big screens. The atmosphere here is fun and lively so if you’re looking to connect with folks as passionate about the game as you, this is the place to go.

Apart from soccer, you can also come here to see major boxing matches, UFC fights, and even the Superbowl.

The Orient Pub is one of Saigon’s most established sports bars. Set in the heart of District 2, this one attracts mainly the expat crowd. The Orient shows a lot of the big soccer games but also branches out and broadcasts a wide variety of other sports. This includes title fights in boxing and UFC, basketball and hockey games or rugby and cricket.

Running late and worried about getting a good spot? Not a problem… at the Orient, the screen is so big, you can see perfectly even from way out on the street!

Out in District 7, Lost Boys Sports Bar is a cool place to watch games if you like a more refined setting. When the owners created their concept, they wanted it to be a sports bar which attracts a diverse crowd. This idea has led to Lost Boys being a fun and inclusive place to hang out and watch games. Apart from the typical bar fare, you’ll find excellent cocktails, a game room, and even a kids’ area here.

Right in the middle of Thao Dien, Dtwoo Sports Pub is a popular gathering spot for sports lovers. Here you’ll get to see almost any kind of sporting event you want, from soccer to cricket and basketball to boxing. For specials like the Superbowl or title fights, they even host themed events and open late or early to show the full event.

Since there are so many screens around this space, you can even ask the staff to show your favorite sport. Chances are, you’re not the only one keen to see it and you’ll make some new friends while watching.

As the city’s oldest sports bar, the Blue Gecko is an institution you should visit if you want to watch a match in good company. Open exclusively to ‘non-members’ (as the sign outside says) this bar welcomes guests from all backgrounds and is known for its fun atmosphere.

This Australian pub’s five big screens show everything but with a penchant for rugby, cricket, and soccer. Before or after the game, you can hang out with other sports lovers and get to know them over a game of pool or darts.

If you want to be close to the action, Champion Sports Bar is the place for you to go. Right on Bui Vien, Saigon’s popular backpacker street, this sports bar shows international matches live from several screens. Start your night here with a few beers and a good game, try your hand at pool or darts during half time and then head out to the other bars and clubs in Bui Vien for the rest of the night.

Outside On the Big Screens

Since the Vietnamese national U23 soccer team got to the finals in the Asia Cup in 2018, the country’s love for soccer has skyrocketed. The last few games of the Asia Cup were shown on big screens in several places around the city, which was a huge success and drew crazy crowds. Since then, more of Vietnam’s soccer games are broadcast in public spaces.

If you have the chance, you should join such a screening on Nguyen Hue Boulevard. Being part of the crowd of fans cheering for the Vietnamese team is a wonderful experience and will completely draw you in. Also, know that the end of the game is only the beginning of the party! Whether they win or lose, Vietnamese soccer fans know how to have an amazing time and always celebrate their team as heroes.

Live Soccer Matches – A Must for Sports Fans in Vietnam

As mentioned above, people in Vietnam love a good soccer match. So, if you’re crazy about it too, try to get some tickets for a live match in Saigon. The city’s team, the Saigon F. C. play at Thong Nhat Stadium in District 10 regularly against other teams from around Vietnam. For an immersive soccer experience, this is the place to go see a game!

You can also go watch games between the local amateur teams. There are several which have been founded by expats and have been around for many years. Teams include the Hotshots, Korea United Football Club, the Saigon Saints, and several others. On weekends they often have friendly matches which draw crowds of family and friends. It’s a fun atmosphere to join and you might even get invited to the next practice. If you’re around, give it a go!

How About Some Basketball? – Cheer For Saigon Heat!

If you’ve always wanted to go to a basketball game, this is your chance. Saigon Heat is Saigon’s basketball team which represents Vietnam in the ASEAN Basketball League. Get tickets to one of their games at CIS Arena and watch some of Southeast Asia’s best ball players fight for the title.

Similarly to soccer games, basketball games in Vietnam are exciting events. Here, people go all in, so expect to see a riled-up crowd eager to support their team until the last second of the game.

Where to Play Sports in Saigon

If you want to transfer the fun from the screen onto the field, Saigon is the place for you. Here you can try your hand at a surprising number of different sports. Some of the most popular ones are listed for you below.

One of the world’s most popular sports, soccer is widely played around Saigon. There are some regular meetups where players get together just for fun or you can join a team which practices regularly and plays serious games on weekends.

You can check out the SIFL (Starbalm International Football League) Saigon to see all the teams and get in touch with them to see if you can join. Usually, they are very open to new members of all skill levels, so stop by to say hi! Some teams charge a fee to join training, but usually it’s only a few dollars. To avoid surprises, have a look at their websites or Facebook pages before you go.

Vovinam is Vietnam’s national martial art and is practiced widely around the country. Recently expats and travelers in Vietnam have started getting into it too. You can find trainers by looking in various expat or sports groups on Facebook or join practices at places like Saigon Institute of Technology. Apart from this being a great way to learn more about Vietnamese culture and one of its unique aspects, it’ll also be a chance to make local friends and build connections during your time here.

The VITA (Vietnamese International Tennis Academy) is a great place to get in a few games of tennis while you’re in Saigon. It was the first tennis academy to be founded in Vietnam and follows all international rules and standards.

Stop by here for a game on the go or, if you’re staying longer, become a member and practice regularly. Their trainers are available for classes too, in case you want to improve your skills.

Are you surprised to find this one on the list? While it’s not a huge sport in Vietnam, the HCMC Ice Hockey League is a small group dedicated hockey lovers who get together every week to practice and play regular games with other teams around Vietnam.

Practices take place in District 2’s Vincom MegaMall ice rink and apart from skates and a stick, you’ll need to bring your own gear. If you’re serious about it and want to buy hockey equipment, one of the team’s founders can help you get everything you need to play hockey and skate.

Another sport which only has a small yet very dedicated following in Vietnam is cricket. Only since the country’s first real cricket pitch was set up on RMIT University’s grounds in 2005, cricket lovers have a place to practice. Today several teams make up the Vietnam Cricket Association and games are played regularly on the weekends. While the league is small, the teams are quite serious, so be prepared for some action-packed games and rigorous practice.

Softball is popular among some expats in Saigon and the league is always looking for more players to join. Whether you are experienced or just starting out, look them up on Facebook and you’ll find out when they’ll have their next practice in the Taiwanese International School in Phu My Hung. The official season with weekly league games goes from mid-October to April. During the off-season, regular practice matches take place so you can keep working on your skills.

The Saigon Rugby Club is the gathering point for all rugby lovers in Saigon. Whether you’re a beginner or a seasoned player, everyone is welcome here. The club hosts regular events for their members. This includes mixed touch rugby as well as contact games played by the Saigon Geckos men’s team. Several times a year events for all players, their families and friends as well as newcomers are hosted so visit the group’s Facebook page to find out about the next one.

If you want to get in a day of golf while you are traveling in Vietnam, you’re in luck. There are fantastic golf courses all around the country, some of which are close to Saigon. GolfAsian has a comprehensive list of them with details concerning cost, location, and everything else you need to know.

To practice your technique while staying in the city, head to one of the driving ranges. Him Lam is a popular one, right in the center. There you can borrow equipment and immediately start hitting golf balls. Need advice? You can call ahead to book sessions with coaches there to improve your game.

Found your favorite sport on the list? Even if not, it’s probably out there and you’ll come across it after some more research. But for now, maybe it’s time to head to one of those sports bars and catch a game in the unmistakable and fun-filled atmosphere you’ll only find in Saigon.