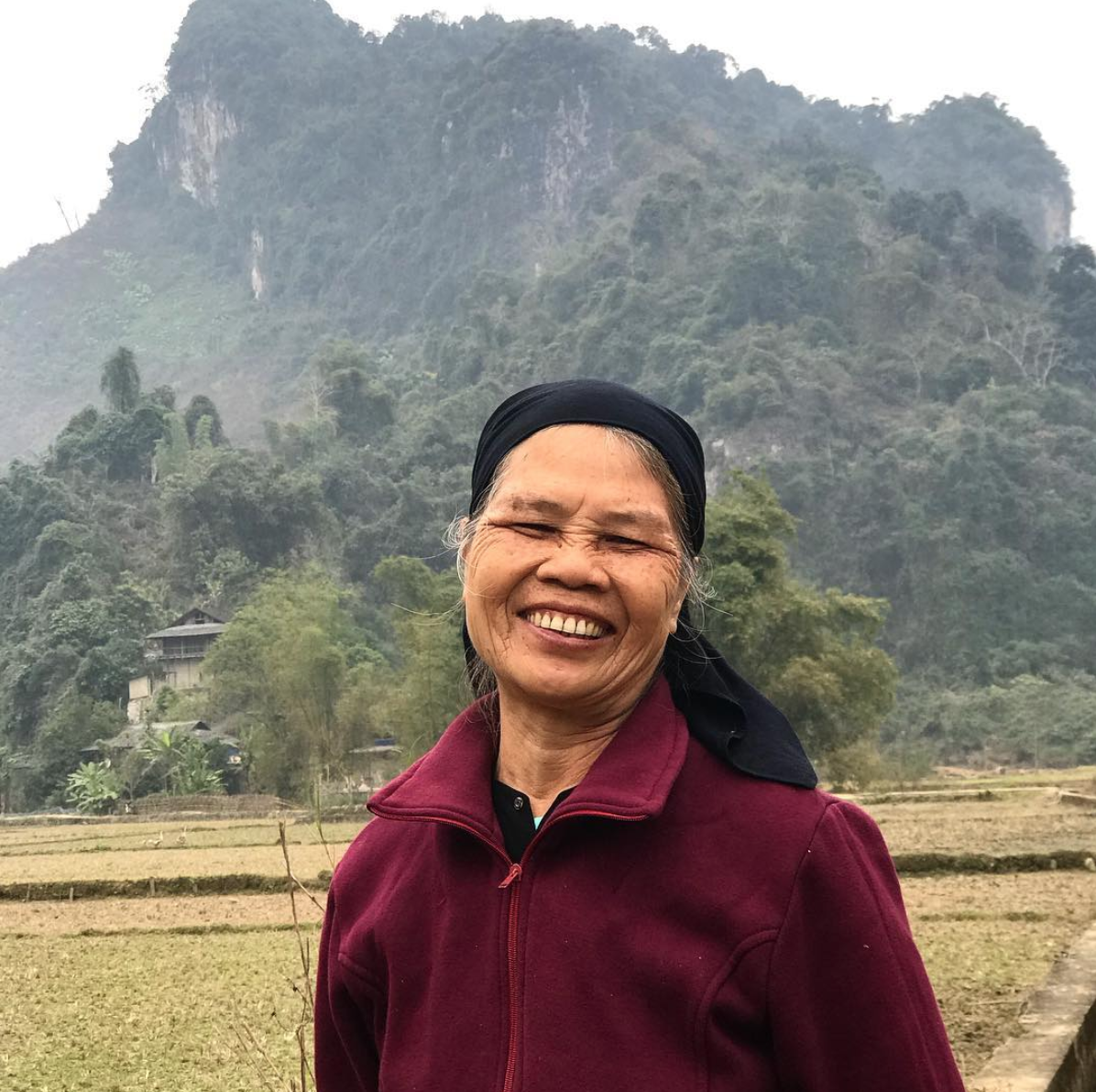 With a population of over 1,500,000 people throughout Vietnam, Tay is the second largest ethnic group in the country and it possesses a true rich culture! Tay people have been living shoulder to shoulder with the Vietnamese since the very first days of the Ly dynasty. Almost 1,000 years ago, a Tay general named Than Canh Phuc was well recognized for his great contribution in the Vietnamese war against the Tong dynasty (China). In this article, we are going to learn more about their living routine, their culinary culture, and their main traditional festivals.

Tay people usually gather to live in a close-knit village in the valleys of Cao Bang, Lang Son, Bac Can, Thai Nguyen, Quang Ninh, and some areas of Bac Giang province. In Cao Bang, the Tay people are the most populous ethnic minority. There are often around 20 households in a given village, most of the people live in stilt or clay houses. They usually name their village after the mountain or the river they live near, which displays their strong connection to nature.

Tay families have a close-knit bond. They honor their ancestors so much that the altar is always at the most solemn and honorable place of the house. There is a bed in front of the altar, usually left empty. This is because during the day, casual activities should not be delegated to this area since it’s near the altar. If you are kindly invited inside a Tay house, do not sit on the bed if the hosts do not ask you to. Another interesting fact is that a husband and wife pair rarely divorce, this also reinforces the Tay’s strong sense of familial connection. And similar to the traditional Vietnamese perspective (which may seem out of date to you, but it’s actually still common today), a family usually prefers boys because girls will leave the house after marriage.

A lot of Tay foods are made from herbs and vegetables collected from the forest. There are more than ten types of herbs used in a daily Tay meal, a lot of which have great medicinal benefits. Besides, they make beautiful flavors when combined together. You should try bitter young bamboo soaked with Ban flower, for example!

Alcohol is a particular cultural spotlight of the Tay people, especially those living in Cao Bang. Locals use rice, corn, sweet potatoes, or even sugarcane, bananas, etc. to make alcohol. Tay people collect leaves in the forest to make the alcohol yeast. Traditionally, inviting guests to a drink is a typical welcoming gesture of Tay hosts. On welcoming guests into their homes, the hosts will offer Tay traditional alcohol to their guests before starting the conversation. One lovely point about their drinking habit is that they barely let themselves get drunk. Instead, conversational drinking usually ends in joy and friendliness. People also drink alcohol on every special occasion such as festivals and ceremonies.

Since a very long time ago, Tay people have established a sustainable agricultural habit. They grow rice, cassava, sweet potatoes, corn, and several other vegetables.

Tay ladies are also masters of weaving! While their traditional costume is a simple garment dyed in the indigo color, the brocade fabric has long been recognized for its bright color and clever patterns. The main materials to weave this fabric are cotton dyed with indigo and silk dyed with other colors. However, due to the high cost of silk lately, local people have step by step used wool in their production. One particular detail of note is that most of the ethnic minorities of Vietnam, including the Tay people, weave by hand. In Cao Bang province, Dao Ngan commune, Phu Ngoc commune and Nuoc Hai town, the locals have perfected the art of brocade weaving. If you would like to bring home an authentic souvenir of Northwestern Vietnam, it’s a good idea to look at the brocade fabric there!

Then refers to the melodies, accompanied by a performance, that the Tay people use in spiritual ceremonies. Then Men (people who sing Then) are like priests, whom villagers believe can communicate with the invisible, like ghosts and angels. Therefore, they play an important role in the religious life of the Tay people. Singing Then is a crucial part of every Tay special occasion, whether it is a wedding, an anniversary, a praying ceremony, a funeral, or a festival.

For example, Pang Khoang is the Then melody used when praying for people who are experiencing trouble in their life. Its lyrics are firm and inspirational, encouraging people to keep a calm head and overcome difficulties. Thong Dam is the Then melody used only for funerals. Tay people believe that there are three realms that make up heaven. Its lyrics and rhythm remind people of a march in which the Then Man is the monitor, taking the deceased into a suitable heavenly realm.

Long Tong is one of the most important festivals of the Tay people. It is celebrated from the second to the 30th of Lunar January. The Tay pray to the God of Agriculture for a good working year ahead. It is a popular traditional festival of the people living in the northwestern highland of Vietnam. However, the exact dates of the celebration are different among the ethnic minorities.

This festival starts from the beginning of Lunar January and ends after the second week of Lunar March. Tay people believe that living on the moon are a Fairy Mother and twelve fairies. These fairies take care of the weather and the field terraces full of food. This festival is like a ceremony in which people invite the fairies to visit the Earth and support people with their work.

This ceremony is usually in the evening, so as not to disturb daily work. There are two parties in a wedding, the first is for the elderly and the second is for friends of the couple. After these two parties, people stay up really late to chat or have fun together. The crowd even lasts the whole night.

Traditionally, the man’s side is responsible for all wedding expenses, as if to show their thankfulness to the bride’s parents. The wedding invitation must be sent nine days prior to the event, so that guests can arrange their work properly before attending the ceremony. Friends living far away can come a day or so prior to the wedding, and stay for a couple of days more after the wedding. During this time, Tay hosts always try to make sure that their guests enjoy their stay.

Interestingly, in some areas of Cao Bang province, Tay people can celebrate a wedding without the presence of the groom! If the groom must be absent on his wedding date, his brother or close friend can help him play the role of the groom during the ceremony. This ceremony is to ensure that the wedding take place on a good date, and to help the bride not to feel sorry for herself. During war times, this habit was really popular due to the groom’s urgent tasks.

54 ethnic groups make up a united Vietnam! Needless to say, Tay culture, as well as the cultures of other ethnic groups, play a crucial role in the country’s 4,000 year-old civilization. If you really want to understand Vietnam, a glance at our cultural articles is worth your time. If you wish to learn more about the ethnic minorities, we covered a lot about the H’mong and Red Dao people in this article.

If you enjoyed reading this article and would like some more fun info about what to see, do and eat (and a bunch of interesting cafes!) in Vietnam, follow us at the Christina’s Blog!